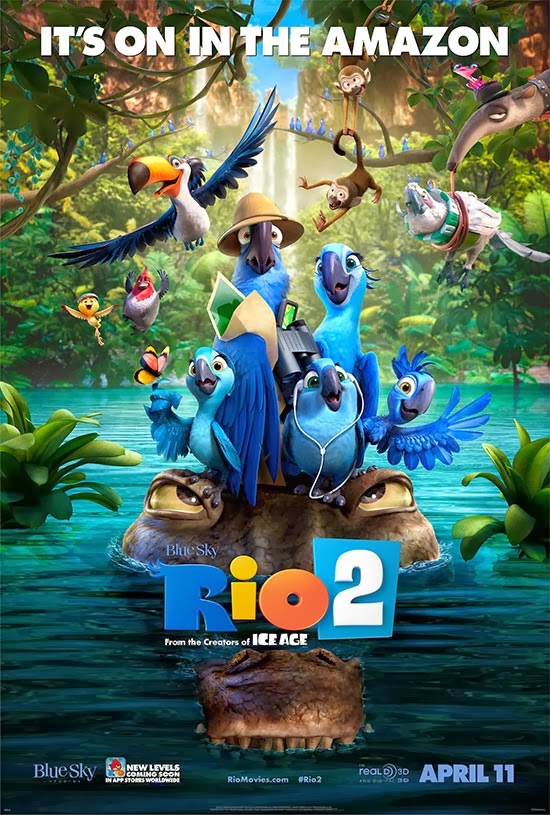 Rio 2 Synopsis (April 11, 2014)
Blu, Jewel and their three kids leave their domesticated life in the city of Rio de Janeiro for a journey to the Amazon rainforest where they encounter a menagerie of characters born to be wild. Upon arrival, the family comes across Jewel's long-lost father, in hiding with a group of other Spix's Macaws.

They realize that their Amazonian habitat is threatened and that Blu and Jewel's old nemesis Nigel the cockatoo is returning for revenge. Synopsis@Wikipedia